Click the link to see the original blog
– http://wp.me/p6DW2v-Aj

No abuser looks like an abuser or they’d never find a victim to abuse. When you first get to know an abuser, he comes across as normal, average, like any other guy. He might be a laborer or a professional, young or old, tall or short, skinny or overweight. He might love sports, reading, or woodworking. He might be passionate about art, music, food, or animals. He might love to debate politics or be a member in good standing at church. His finances might be a disaster or in complete order. He might be messy or neat, a success at work, or a complete failure at everything. Abusers come from all groups, all cultures, all religions, all economic levels, and all backgrounds. They are usually expert manipulators and know how to be whatever you need them to be in order for them to catch you in their web.

Most abusers are men though there are women who are abusive. Most abusers are only abusive towards their partners. Sometimes partner abuse extends to the children directly (and always it extends indirectly). Outside of home, they typically control themselves to the point that no one ever suspects what goes on behind closed doors. Being able to control themselves when they want to is proof that their abuse is intentional.

There is no one, typical, detectable personality of an abuser. However, they do often display common characteristics:

He is usually heavily into pornography.
He might push for sexual closeness early in the relationship.
He has a low boiling point and will lose his temper easily and over small things. He will usually will deny that he is violent. If he acknowledges, he usually makes excuses for it and minimizes the seriousness of it. The explosions only happen in front of those he allows it to happen in front of. Others will never see it.
He will often suffer from low self-esteem and insecurity.
He might be jealous and controlling. He might accuse his victim of cheating on him when he knows she hasn’t. He wants to control everything she does.
He makes cruel “jokes”.
He has a victim mentality.
He will be inconsistent.
He is usually moody and easily set off.
He will objectify his victim. Her needs, her rights, aren’t important to him. He may see her as his property or as a sexual object that he can use for his own satisfaction.
He often blames his violence on others, on stress, or on circumstances. He may have had a “bad day” and say he exploded because of that. He might blame his actions on alcohol or drugs or on your behavior or failure to behave as he wanted you to.
He isn’t always abusive. In-between episodes of abuse, he might be “the world’s best husband” (as my mother described my father when he wasn’t drinking and abusing her). He is often seen as “a great guy” by others.
What trait would you add to the list? 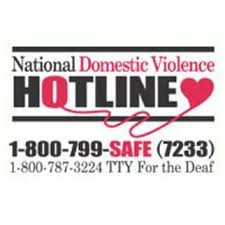